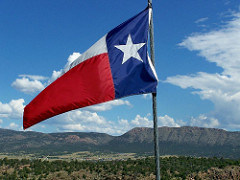 The Red Texas Grapefruit vs. the White Grapefruit

The modern grapefruit is available in three popular varieties: the white, the pink and the red. In this article we are going focus on the nutritional differences between these three varieties in an attempt to determine which is the healthiest. Fortunately, each grapefruit has an interesting tale to tell, so it shouldn't be too tedious.

The very first grapefruit crop was cultivated in the 17th century on the island of Jamaica. It was a cross between the Indonesian Pomelo and the native Jamaican orange. At the time, all grapefruits were white grapefruits that had a light yellowish rind and interior flesh. But in time a series of mutations led to a popular variation, the pink grapefruit.

Though we do not know exactly when the pink grapefruit arrived on the scene, we do know that when the first crops were planted in South Texas in 1893, they included both varieties. Though the grapefruit was still regarded as little more than an exotic novelty, another natural accident would alter the future of the grapefruit forever.

Fortunately, this accident is well documented. It occurred on a grapefruit orchard in South Texas in 1929. While the workers were busy picking the new crop, one of them noticed that a certain pink grapefruit tree was bearing red grapefruit. Again, the natural accident was a simple mutation that resulted in the popular Texas grapefruit.

The Texas grapefruit was later named the “Ruby” and in time the state would come to embrace the fruit as its own. In fact, by the early 1960's, Texas had grown so fond of the “Ruby” that they banned both the pink and red varieties of grapefruit. They would soon rival Florida for grapefruit production in the United States.

Though they are simple mutations, the pink and red varieties have different nutritional benefits than the standard white grapefruit. With regard to calories, fat, sodium, carbs and cholesterol, the fruits are virtually identical and have similar benefits to oranges and other citrus fruits. But there are a few key differences that we will now discuss.

The red Texas grapefruit and the pink variety are both an excellent source of vitamin A, while the white grapefruit is not. Now, we don't know why a simple mutation would result in different levels of nutrition for the pink/red and whites varieties, but it is a fact.

What does Vitamin A do? Vitamin A, also known as retinol, helps your eyes adjust to the light and keeps your skin moist and prevents excessive drying. That is why it is a common ingredient in over the counter skin moisturizers. The red Texas grapefruit and the pink variety contain twenty-eight times as much vitamin A as the white grapefruit.

We also know that Vitamin A works as a powerful antioxidant, which means that it helps fight off harmful free radicals that can damage healthy cells. Though the research is far from irrefutable, many medical professionals believe that antioxidants can lower the risk of certain kinds of cancer and may even slow the aging process.

In the end, the red Texas grapefruit and the pink variety certainly seem to provide more nutritional benefits than the standard white. Perhaps that is why most grapefruit juices today are made from pink and red grapefruits rather than the white. 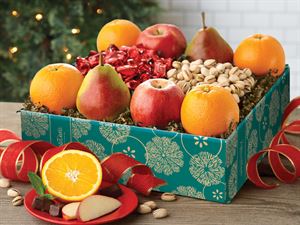